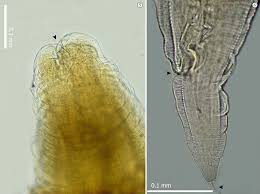 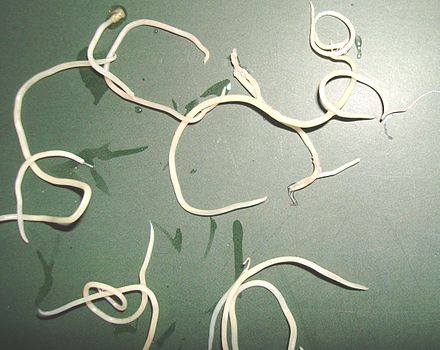 RNA-Seq of the nematode Ascaridia galli exposed to flubendazole against an untreated control.

The aim of this study was to investigate the response in gene expression before and after exposure to the Benzimidazoles drug flubendazole in adult female Ascaridia galli worms. The nematode Ascaridia galli (order Ascaridida) is an economically important intestinal parasite responsible for increased food consumption, reduced performance, and mortality in commercial poultry production. Parasite control relies on the repeated use of dewormers (anthelmintics). Benzimidazoles are currently the only anthelmintic registered against A. galli in the EU and there is an obvious risk that overuse of one drug class may lead to resistance. The worms were collected from a commercial laying hen farm before and on day three during a treatment period of 7 days with flubendazole.

The nematode Ascaridia galli (order Ascaridida) is an economically important intestinal parasite responsible for increased food consumption, reduced performance and elevated mortality in commercial poultry production. This roundworm is an emerging problem in several European countries on farms with laying hens, as a consequence of the recent European Union (EU) ban on conventional battery cages. As infection is associated with the slow development of low levels of acquired protective immunity, parasite control relies on repeated use of dewormers (anthelmintics). Benzimidazoles (BZ) are currently the only anthelmintic registered in the EU for use in controlling A. galli and there is an obvious risk of overuse of one drug class, selecting for resistance. Thus we developed a reference transcriptome of A. galli to investigate the response in gene expression before and after exposure to the BZ drug flubendazole (FLBZ). Transcriptional variations between treated and untreated A. galli showed that transcripts annotated as mitochondrial glutamate dehydrogenase and cytochrome P450 were significantly down-regulated in treated worms, whereas transcripts homologous to heat shock proteins (HSP), catalase, phosphofructokinase, and a multidrug resistance P-glycoprotein (PGP1) were significantly up-regulated in treated worms. Investigation of candidate transcripts responsible for anthelmintic resistance in livestock nematodes led to the identification of several tubulins, including six new isoforms of beta-tubulin, and several ligand-gated ionotropic receptors and ABC-transporters. We discovered several transcripts associated with drug binding and processing genes, but further characterization using a larger set of worms exposed to BZs in functional assays is required to determine how these are involved in drug binding and metabolism.

Reanalyzing the A. galli transcriptomic response to an anthelmintic drug with Blast2GO.